The Group IZUMRUD from Ekaterinburg in Russia is one of the most progressive band playing Russian folk instruments like domra, balalaika or the accordion bayan today.

In 2012 the band played at the Picknick Jazz Festival in Tomsk. Several pieces played at this festival are available in a long youtube video that includes interviews (in Russian language) with the band members. The second part of this video shows the performance of the American singer Mary McBride who had been invited for several concerts in Russia in 2012.

The members of IZUMRUD  are:

izumRUd from Ekaterinburg – concert at the Picknick Jazz Festival in Tomsk.

The videos of the past years show the many faces of Izumrud. At the jazz festival they played a more powerful style, with heavy drums and an electric bass balalaika. The group has performed together with other rock- and jazz-bands. Together with the singer Veronika Bulycheva IZUMRUD has recorded the music for the documentary “Voyage de l’Oural à Paris”. For some performances actors or dancers have been integrated in the performance. But also the band members themselves are taking part in the dance performaces, especially for the encores.

In 2011 Izumrud played a concert in Spain. The complete concert has been filmed and is available at youtube (12 videos). I have included those videos into my playlist.

The piece with the title “Western” reminds me of the famous song “House of the rising sun”.

A piece with a great dance performance:

Another great performance – the Czardas by Monti played on the xylophone. At the end of the performance the percussionist plays the piece again with covered eyes and a covered xylophone.

A special program about the Prince Igor (probably based on the opera by Alexander Borodin) is available in the following video – even if you do not understand the story it’s interesting to watch the show:

Another of my favorite pieces is Deja Vu, performed with a group of dancers in the following video:

The following day, the group flew to Tomsk, one of the oldest towns in western Siberiam, watch the video. There, they headlined the Jazz Picnic Festival, located along the Tom River, and performed for an all-ages audience of more than 1,000 people, who were on their feet dancing on the bank of the river throughout McBride’s two-hour concert.

In the past few years, the group has earned a reputation as one of Russia’s major musical innovators. “The world around us – is a music book, on the pages of which we’re writing the musical reality” – the group members say. All of them are fearless innovators, ready to embark on any adventure to find a new sound, and do not stop short of any musical conventions.

IZUMRUD group managed to do what seemed to be impossible – to change the general public’s perception of Russian folk instruments. Its music is an aesthetic blend of classic, ethnic, jazz, blues and art rock styles. The group’s repertoire includes both original songs as well as covers of masterpieces of world music of different epochs, styles and genres.
The popularity of the group is largely explained by the fact that their sophisticated and powerful arrangements of the different era’s musical hits give this music a fresh, contemporary sound. Being great fans of classical music, the IZUMRUD band performs it in a new way with its own interpretation, its unique view on it. The musicians are confident that classical music remains forever young. They reject to see it as something fixed in centuries. They are interested in a dialog with the composers of the past and their masterpieces. They discover what’s contemporary in them and close to their perception of the world.

The musicians performed solo programs in Moscow, St. Petersburg, Paris, Madrid, Tel Aviv, Budapest, San Sebastian, and Genoa, and participated in various musical festivals around Europe. In 2006 IZUMRUD founded an International Festival of World Music “The Emerald City.” The Festival is held annually as a creative laboratory for musicians from all over the world. The group has created many fascinating joint projects during the Festival, including “The Emerald Blues” – with a student of Louis Armstrong Denise Perrier (US), “A Freezing Cowboy” – with a 7- time “Grammy” awardee, saxophonist Paul Winter (US), “Bon Jour” – a program with «Mezcal Jazz Unit” (France). Another highlight of the group’s career was their cooperation with the famous Russian rock band CHAIF that resulted in a joint album “The Emerald Hits”, as well as concerts in the Red Square & Olympic Hall in Moscow and at the October Concert Hall in St. Petersburg.

“…The IZUMRUD musicians create unique, original compositions with their unusual instruments. It was very interesting to work with them.” – Paul Winter

“I never expected to hear this amazing sound of American jazz performed on Russian folk instruments. I could not believe my ears…! » – Denis Perrier 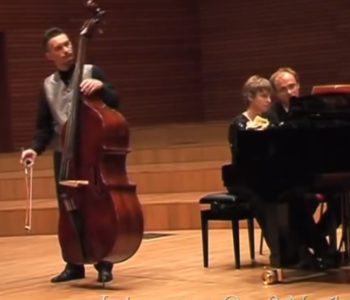 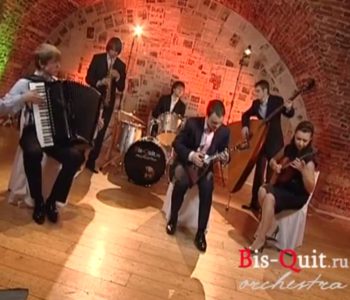 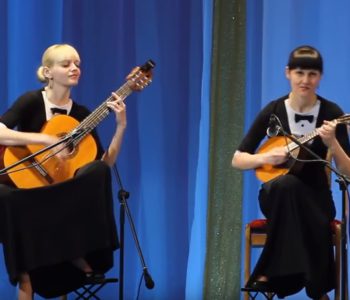