New videos from a concert of the East Coast Mandolin Orchestra have been published on youtube. The concert “Brazilian Journey” was given on May 15, 2022 at Gratz College, in Elkins Park, PA.

A nice selection of Choro music! 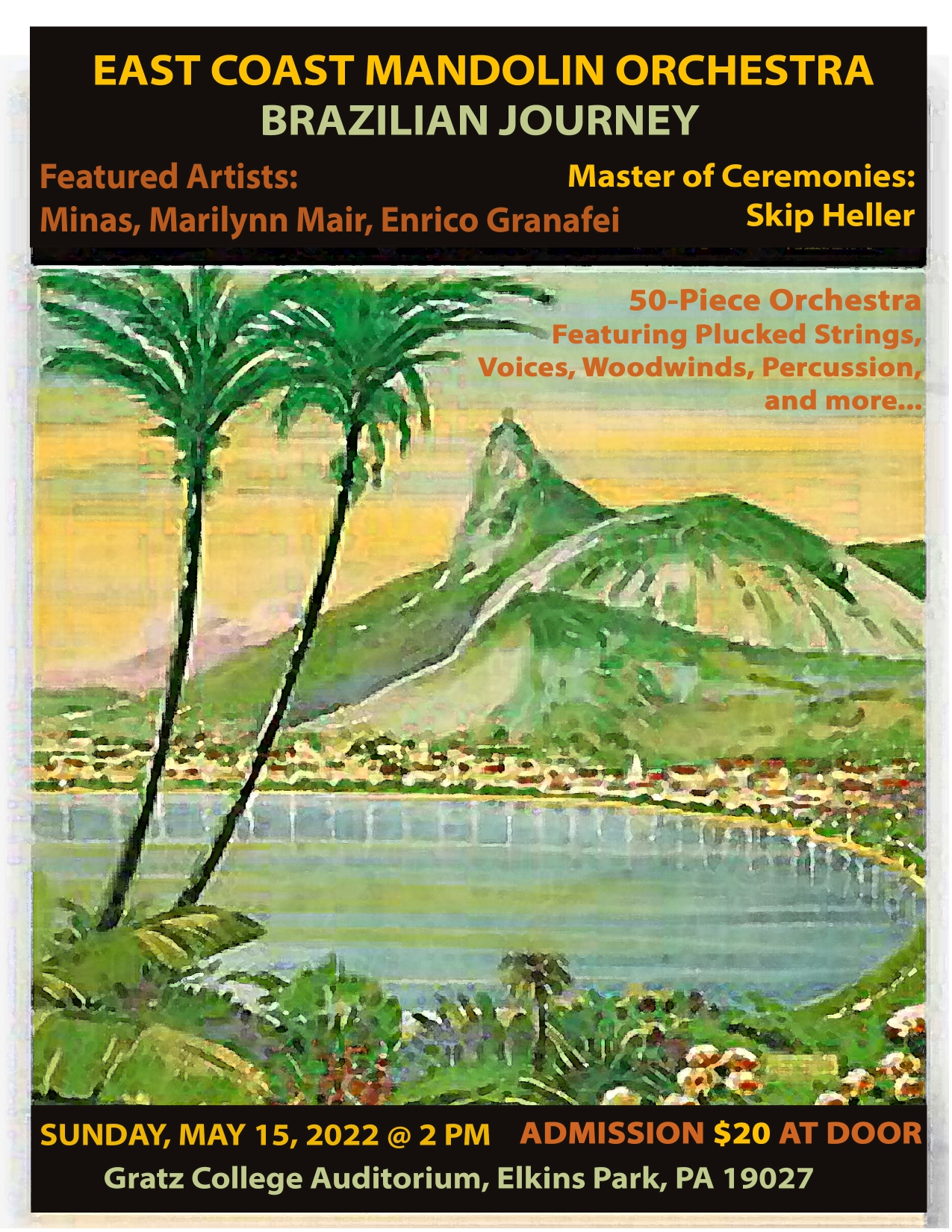 2022 – A Celebration of Brazilian Mandolin Music
The 46 member ECMO will return in 2022 after two seasons of isolation and will feature an all-Brazilian program, with works by Hector Villa-Lobos and Antonio Carlos Jobim and guest starring Marilynn Mair, accomplished master of the choro style.

More videos of this concert can be found in the youtube channel brunomandos.

John Reischman has always impressed me with his soft and clear sound. On his new album John has compiled a set of new original compositions together with covers of traditional tunes.

You can also listen to the CD and buy the CD or a digital download at bandcamp.com.

John Reischman gave an interview to the Mandolin Cafe

The Sound of the American Mandolin

The following video has recently been uploaded to youtube.

2018 North Carolina Heritage Award recipient Tony Williamson is a visionary musician, composer, musical instrument expert, teacher and mentor. He has played stringed instruments, most famously mandolin, for six decades and has been receiving awards and honors for his music for nearly 50 of those years. Never content to rest on his laurels, today Tony continues to perform live and travel internationally and has recordings with fresh new concepts in progress. In this documentary from 1995 Tony goes through the history of the American mandolin and plays quite a few examples of different instruments that demonstrate that history. Check out Tony’s website at www.mandolincentral.com

Tony Williamson starts with the earliest American mandolins – American bowlbacks, cylinder back, Lyon and Healy models. He then shows the whole line of Gibson instruments beginning with very early mandolins built by Orville Gibson. He plays many different instruments – mandolins, mandolas and mandocellos, mandolins with and without a Virzi Resonator and tells many interesting stories about construction, details and players.

A great video that you should not miss!

If you want to hear more music played by Tony Williamson – here is my long playlist: