There are several instruments in Venezuela and Columbia named bandola, the bandola llanera is the most popular of those.

The bandola llanera has 4 strings – usually made from nylon like the strings of a classical guitar. It looks like a pearshaped guitar, at the first sight it looks quite strange and unusual. The instrument is played with a pick, and it sounds a little bit like a Spanish flamenco guitar. The players seem to try to play it loud, and usually do not try to produce a clean and sweet sound. But this is right for the kind of music played on the bandola llanera. This music goes back to the music of Sapin in the 16th and 17th century and has been further developed in Venezuela.

In the Atlas of Plucked Instruments – Venezuela you can find a description and pictures, a longer article in Spanish language is available here: La Bandola

Atlas of stringed instuments: The 4 nylon strings are often tuned : a d’ a’ e”.

http://pacoweb.net/Cuerdas/cuebando.htm: describes two different tunings, a d’ a’ e” and also g d’ a’ e”, the second tuning is the same as the tuning of a mandolin or violin, the first hast just changed the lowes string from g to a

Dolmetsch Online: (English, German f.) the Venezuelan bandola is similar to the cuatro, but is shorter, often pear-shaped, and more percussive or stronger-sounding due to the manner in which it is played, with a plastic pick. The bandola is strung differently in different regions of the country, but, in general, has four courses of strings

Saúl Vera is one of the important players of the bandola llanera, his ensemble has existed for more than 18 years now.

There you can find the following passage:

A beautiful instrument and living reminder of the 16th century, the
bandola llanera joins the cuatro as a defining element of Venezuelan
music. Since the Ensemble’s inception in 1986, Saul Vera has explored
various themes in his musical work with the bandola, allowing audiences to
enjoy the pleasures of his remarkable technique as well as gain an
understanding of the instrument’s cultural value.

An older video – Saúl Vera shows the bandola llanera and how it is played:

You can see that Saúl Vera is using an instrument with a special cutaway, to be able to better reach the higher frets.

Ricardo Sandoval is native from Venzuela, but lives in France now. He plays the instruments from Venezuela like the bandola llanera and the cuatro, but he has also studied and plays classical mandolin. Due to this classical education he aims to produce a more soft and classical tone with his bandola llanera.

Festival of the Bandola Llanera

The Plectro Trio from Colombia… 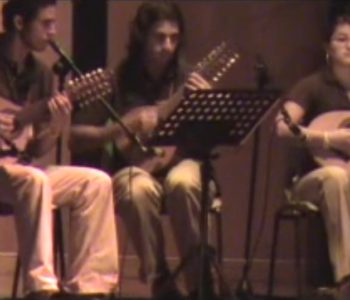 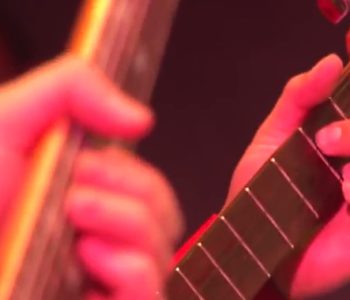 The Ensemble Percujazz from Venezuela…