Daniel Fredriksson was part of a project that I have just recently written about in this blog – the Magic Lute Project from the TFF Rudolstadt in 2009.

Daniel Fredriksson plays the nordic mandola, an instrument that was conceived in the 1980s by Ale Möller in cooperation with two luthiers:

The history of the nordic mandola is rather short – it was developed by swedish multi-musician Ale Möller and luthiers Christer Ådin and Anders Ekvall in the 80s.

The nordic mandola is a a 10-string, 5 chorus instrument. The lowest two strings are longer than the other strings and tuned down which can produce a real bassy sound. You will hear this in songs of the new album Sotali very well.

Most nordic mandolas have 5 choruses, with octaves on the C and G string.

But here’s the little peculiarity with this instrument. As Ale and Ådin/Ekvall developed the instrument, they found a need to be able to have different drones in the base. This led to the invention of something called “pin point capos”. The pin point capo is a little screw with a rubber packing on it which goes into holes drilled in the fretboard. This allows for shortening of single strings, and thus being able to change the base notes – without changing the tuning.  The base strings are usually elongated/theorbed so the lowest string goes down to A, and the second goes to F.

The nordic mandola is able to produce sounds from very low to very high, it gives a lot of possibilities – I think this is a great instrument as a solo instrument and as an instrument in a duo like Pettersson & Fredriksson. And the possibility to tune the lowest two strings to other notes very easily makes this a very flexible instrument.

Daniel Pettersson plays the nyckelharpa, another great nordic instrument with an incredible sound.

You can see Daniel Pettersson and Daniel Fredriksson and both instruments in the following video that was made in 2008:

Another video from the same concert: http://www.youtube.com/watch?v=U5pGvHMvocQ

This summer the duo released its third album, Sotali – a great album that is available on the following site: http://petfred.bandcamp.com/

You can listen to the complete Album for free! And if you like it you can buy it as a digital download or as a special unique custom digipack.

In the following video you can see the making of Sotali in the studio:

Another example from the new CD:

Blog by Daniel Fredriksson about the nordic mandola: http://silkwoodmusic.wordpress.com/2010/03/25/the-nordic-mandola-its-not-a-banjo/ 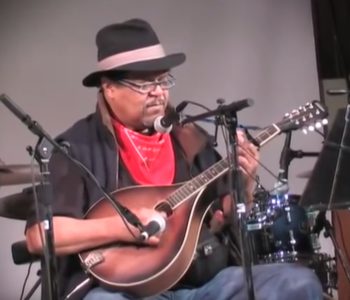 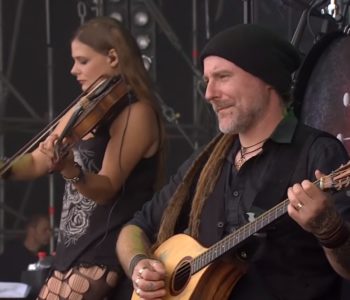