Orville Gibson and the Gibson Mandolin and Guitar Company…

The Gibson Mandolin and Guitar Company has very much influenced the history of the mandolin in the USA. Orville Gibson had developed his very special mandolin models during the last decades of the 19th century. In 1902 he sold the patents for his mandolins to some businessmen who then founded the Gibson mandolin and guitar company.

The mandolin models designed by Orville Gibson and the models that the Gibson company designed from those models – the F model with the scroll and the A model – have almost completely replaced the typical Italian bowlback models during the following years.

I have compiled some videos about Orville Gibson in my playlist:

Tim May and David Harvey have presented their collection of vintage Gibson instruments in the Country Music Hall of Fame and Museum, those videos are contained in the following playlist:

A closer look at instruments used in mandolin orchestras in the early 20th Century…. Acoustic superpickers Tim May and David Harvey brought out their personal vintage Gibson colllections at the Country Music Hall of Fame and Museum on June 27, 2007, for one powerful demonstration of the enduring quality of these old treasures. www.timmaymusic.net www.davidharveymusic.com 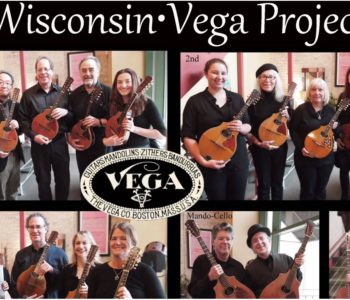