Konrad Wölki (-> Wikipedia) (* 27. Dezember 1904 in Berlin; † 5. Juli 1983) has composed some works for a large mandolin orchestra with additional instrumentswhich are typically used in a symphony orchestra. Especially his Ouvertures in A-Major and F#-Minor were very popular in the 1930s and 1940s in Germany. Another composition from this time is the Symphony in One Movement in E-Minor.

The Mandolin Orchestra Ensemble Amedeo from Japan has played this Symphony during its 25th Anniversary Concert and has uploaded two videos to youtube. A great chance to hear this composition by Konrad Wölki.

I have made a playlist with works by Konrad Wölki that starts with the Symphony in One Movement: 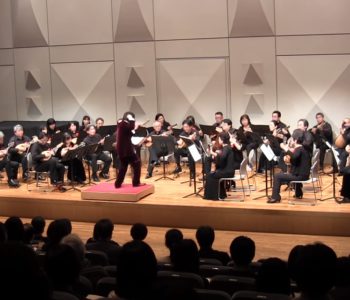