Stephen Lalor is a mandolin player and composer who lives in Australia. I have met Stephen during the Eurofestival Zupfmusik 2014 in Bruchsal.

Many of Stephen’s compositions are available as youtube videos. One of my favorite compositions – Kolo Kolo – is available in two different versions. The first recording is played by the Volatinsky Trio with Stephen Lalor playing the domra, together with violoncello and a hammered dulcimer. The second version is played by a more typical mandolin ensemble – the Ensemble Plektra. As many of Stephen’s compositions Kolo Kolo is based on folk dances from Eastern Europe.

Another piece that I liked very much is the Four String Swing, one of the few swinging composition for mandolins.

Stephen has composed for many different groups. You can find a composition for mandolin and harp (Ballade and Autostrada Waltz, played by Alison Stephens and Lauren Scott), and you can hear the Digeridoo as the typical Australian instrument in his Brisbane Suite.

Recently Stephen has been awarde a PhD for his compositions:

Stephen Lalor has recently been awarded a PhD (Composition) through the University of Sydney (May 2014). His folio of compositions for solo mandolin, solo guitar, mandola, string quartet and mixed ensemble (titled Ethnicities of Sound) were described as:

“sophisticated, compelling, cosmopolitan music compositions, which are beautifully rendered and replete with new sounds and virtuosic techniques that are deeply embodied by a musician-composer who is a specialist in the field of plucked instruments ….” (Dr Aileen Dillane, University of Limerick, Ireland)

I have compiled the following playlist with compositions by Stephan Lalor (focused on compositions for mandolin and other plucked instruments).

List of compositions for the mandolin by Stephen Lalor 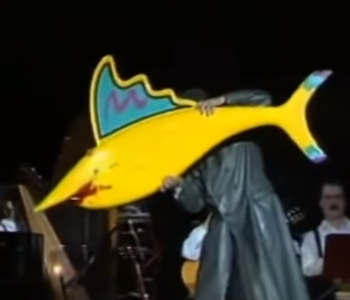